The LSSTC Catalyst Fellowship funded by the John Templeton Foundation supports early career researchers in astrophysics and the social sciences. The Fellowship is focused on realizing the full potential of the Rubin Observatory’s Legacy Survey of Space and Time (LSST), both through new discoveries and creating exceptional opportunities for astrophysics and social science researchers, including those from traditionally under-represented groups and institutions.

The first six LSSTC Catalyst Fellows Funded by the John Templeton Foundation have been selected to conduct cross-disciplinary work on big data from US astronomy’s flagship Rubin LSST. These early-career scientists will study everything from black holes to galaxy formation, while collaborating to explore how social science can improve collaborations among researchers.

Dr. Beth Willman will lead the Corporation on September 7th 2022

LSSTC is pleased to announce that Dr. Beth Willman will join the Corporation starting September 7th 2022 to become its next Executive Director, taking on the previously separate roles of Chief Executive Officer and Director of Science. 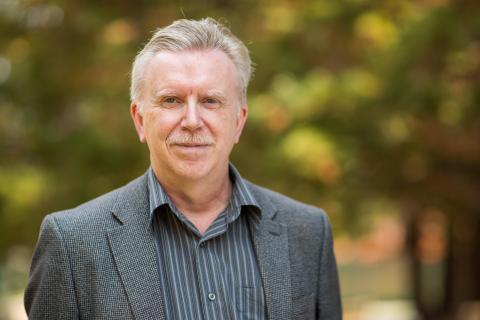 David MacFarlane’s background as a researcher is in the field of experimental particle physics beginning with a Ph.D. from Caltech in 1984. Subsequently he has been involved as a collaborator in a succession of particle physics experiments (CCFR at Fermilab, ARGUS at DESY, CLEO-II at Cornell, BABAR at SLAC and SCDMS at SNOLAB), including participation in one of the major discoveries in the field (mixing in the neutral B meson system) in the late 1980s, and then rising to some prominence in the international community as the spokesperson of a 600-person international scientific collaboration (BABAR) pursuing one of the mysteries of modern day cosmology, namely the large asymmetry between the matter and antimatter content of the present day universe. Over the course of his active research career, David held positions as a faculty member in the Physics Departments at McGill University (1987-1997) and the University of California at San Diego (1997-2005) before joining the faculty at the SLAC National Accelerator Laboratory at Stanford University in 2005.
Over the past decade, David has held several leadership and management positions at SLAC National Accelerator Laboratory, one of seventeen U.S. Department of Energy laboratories and a major government-funded research organization. During this period, he managed as Associate Laboratory Director (2009-2015) a US$70M/year portfolio of research, facility construction and operation, and a team of roughly 200 staff scientists, in the pursuit of forefront particle physics and astrophysics. More recently, he assumed the position of Chief Research Officer at SLAC (2015-2017), a member of the Director’s staff charged with developing processes and long-range strategic planning for the laboratory. While SLAC was a single purpose high energy physics laboratory for its first 50 years, the laboratory has evolved into a multi-program institution over the last decade, with a broad portfolio of science, ranging from ultrafast chemistry and material science to biosciences and structural biology, enabled by its world leading X-ray facilities. This evolution presents a significant challenge to strategic planning and innovation, and David played an important part in the transformation of SLAC as a major research institution and now multi-program laboratory.
Given this background, David has served on many advisory bodies in the field, including seven years as the Chair of the NRC Advisory Committee on TRIUMF (2010-2017), a period as Chair of the Long-Baseline Neutrino Committee (2016-2018), the primary advisory body to the Director of Fermilab on its ambitious $1.6B proposal to build a world-leading underground research facility for neutrinos in the Homestake Mine in South Dakota (SURF), and more recently as Chair of the Science Program Advisory Committee for the Sanford Underground Research Facility (SURF). He also served as the Chair of the Executive Board (2012-2019) of the Large Synoptic Survey Telescope Corporation (LSSTC), a not-for-profit corporation formed to raise funding for development of LSST as a US$700M NSF and DOE project and to prepare the science community to exploit is multi-hundred Petabyte survey data set.